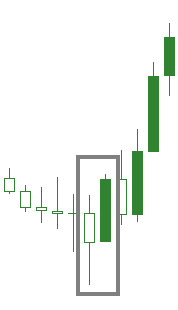 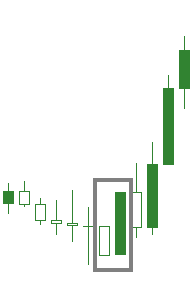 Kicking can also produce a reversal signal in an uptrend. It can be bearish when a bullish marubozu is followed by a bearish Marubozu. 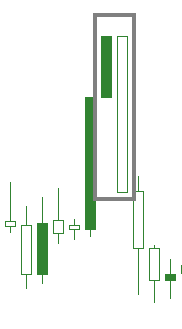 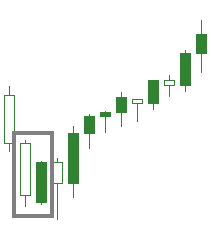