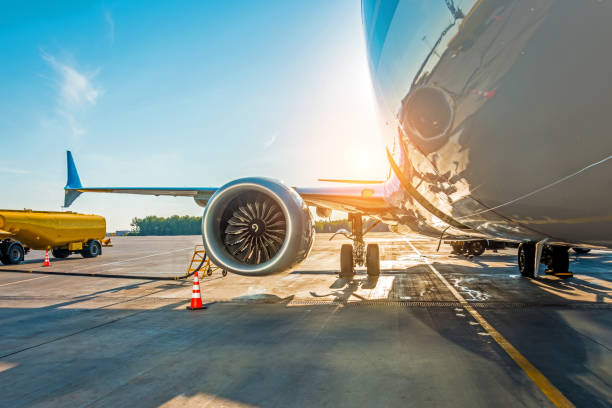 The production of jet fuel in China witnessed a sharp decline, during the month of April, as part of the price the country is paying in its fierce war against the Corona virus, which was born globally for the first time from the womb of the Chinese city of Wuhan in March of the year 2020.

China’s jet fuel production fell to its lowest level in 10 years, at 1.75 million metric tons in April, as the closures – to confront Corona – affected domestic consumption.

Production fell in the second largest economy in the world in April, by 55.6% on an annual basis, and by 33.4% from March.

This is the lowest recorded monthly production since June 2012, during which jet fuel production reached 1.65 million metric tons, according to data from the National Bureau of Statistics.

Due to the increase in infection with the Covid-19 virus, China has imposed significant restrictions on movement, as the main financial center in Shanghai has been completely closed since April.

In April, more than half of China’s major cities were subject to closures.

The closures and travel restrictions in many provinces forced Chinese refineries to reduce gasoline production to 21.3% in April, compared to 23.4% in March.

China produced 39.62 million metric tons of LPG, naphtha, gasoline and jet fuel (kerosene, gas and fuel oil) in April, down 12.8% from March, but with a slight annual increase of 0.5% year on year.

The demand for petrochemical products also decreased, which prompted the government and private refining and petrochemical complexes in China to reduce their production.

Refining operations fell last month by 11%, compared to the same month in 2021, according to data from the National Statistics Authority.

Industrial production in China fell 2.9% year on year in April.

The last decline in Chinese industrial production was in March 2020 by 1.1%, after an annual decline of 13.5% during the period from January to February 2020.