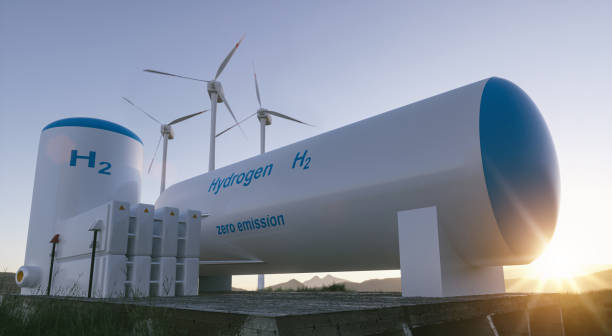 With natural gas prices soaring, blue hydrogen is no longer a low-cost solution for the UK, but the focus on it is jeopardizing the country’s energy security amid the current supply crunch from Russia’s invasion of Ukraine.

A recent report by the Institute for Energy Economics and Financial Analysis finds that the projected cost of producing blue hydrogen is, at present, 36% higher than the UK government’s estimate, last year.

The report highlights that continued investment in blue hydrogen will deepen Britain’s exposure to gas price volatility and supply uncertainty, as the country seeks to reduce its dependence on Russian fossil fuels, following the invasion of Ukraine.

While natural gas is a major component of hydrogen production; The recent rise in its prices threatens an important part of the decarbonization industry.

In addition to being – often – essential for the production of gray hydrogen; Being the most prominent type of fossil fuel in this regard; Natural gas plays a major role in the production of blue hydrogen, which is a low-carbon energy source, with carbon capture and storage technology being used during the manufacturing process.

This means that the production costs of both gray and blue hydrogen depend on the price of gas, unlike green hydrogen, which is produced by electrolysis of water, and therefore depends on electricity and renewable energy prices mostly.

According to a report by the Dutch investment bank, ING (ING); The rise in natural gas prices in Europe to record levels, pushed the cost of hydrogen production to rise dramatically.

The use of blue hydrogen for home heating in the UK is expected to boost natural gas imports by 10%, according to the report.

The United Kingdom is the second largest European consumer of natural gas for heating, with 77%, after the Netherlands (83%).

Britain’s energy security strategy – announced by the government on April 7, 2022 – requires the production of up to 10 gigawatts of low-carbon hydrogen by 2030, and the share of blue hydrogen may reach half.

This means an increased dependence on natural gas, and the country’s exposure to a supply crisis, at a time when the United Kingdom plans to ban the import of Russian gas by the end of this year, which represents 4% of the country’s needs, according to government estimates.

In addition, hydrogen projects – which depend on gas – in light of the repercussions of the Russian-Ukrainian war, have become high-risk, and are likely to become stranded assets, according to the report.

The Institute for Energy Economics believes that the British government should abandon blue hydrogen subsidies in the short term, and direct all its investments towards green hydrogen; Because it will get cheaper by 2030, with more projects.

In 2022, 26 green hydrogen projects around the world are expected to enter the construction phase, in contrast, there are no clear signs of blue hydrogen, indicating that the cost risks associated with it play a role in the global market.

Green hydrogen is produced through electrolyzers, which rely on renewable energy, whose cost continues to decrease with the goals of carbon neutrality, unlike blue hydrogen, which depends on natural gas, amid expectations that its prices will continue to rise, due to the lack of investments.

British government forecasts – issued last year – put the cost of producing blue hydrogen at 64 pounds ($80) per megawatt-hour by the end of the decade, while the Institute for Energy Economics forecasts it to reach 85 pounds ($106) per megawatt. hour, with new developments related to rising gas prices.

This confirms the significant rise in the cost of producing blue hydrogen in the coming years, at a time when the same government estimates that the cost of green hydrogen from renewable electricity will be 48 pounds ($ 60) per megawatt-hour.