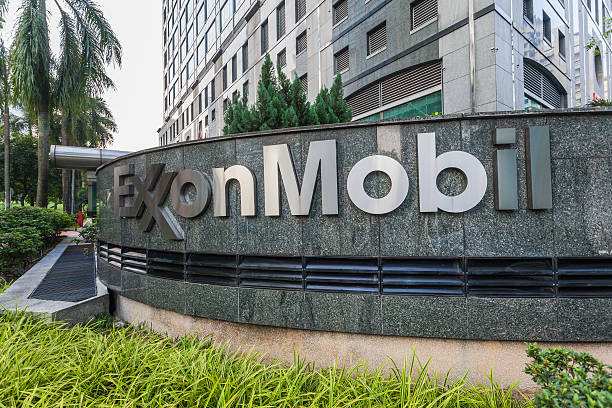 Today, Tuesday, the American Exxon Mobil Corporation announced its profits in the fourth quarter of 2021, reaching 8.87 billion dollars, the largest in 7 years, which led to a rise in profits for the whole year to 23 billion dollars.

ExxonMobil’s earnings were driven by higher energy prices over the past period, which was reflected in earnings per share of $2.08, higher than analysts’ expectations of $1.94, with operating profit rising in oil and gas production.

In the same quarter of 2020, the company reported adjusted earnings of 3 cents per share, Reuters reported.

The company has set capex at $21-24 billion, bringing the range down from the previous guideline of $20-25 billion.

ExxonMobil Chairman and CEO Darren Woods commented on the company’s results, saying, “Our effective response to the pandemic, focused investments, and structural cost savings have enabled us to realize the full benefits of a market recovery in 2021.”

And he continued – in statements carried by the official website -: “Our new simplified business structure is another example of the measures we are taking to enhance our competitive advantages and increase shareholder value.”

He also said, “We have made significant progress in 2021… and our future plans place us at the fore in cash flow, profit growth, operational performance and energy transformation.”

ExxonMobil generated $17 billion in cash flow from operating activities in the fourth quarter of 2021, bringing total cash flow to $48 billion, the highest level since 2012.

The company paid off an additional $9 billion in debt in the fourth quarter, reducing debt to $20 billion over the full year, boosting the balance sheet, and returning debt to pre-pandemic levels.

The company took in an additional $1.9 billion in structural savings in 2021, increasing total savings to nearly $5 billion compared to 2019.

The company is on track to exceed total annual structural cost reductions of $6 billion by 2023. Accordingly, the company recently announced additional efforts to streamline its business structure to enhance efficiency, increase value and reduce costs.

Beginning in the first quarter of 2022, ExxonMobil will begin share buybacks associated with its previously announced buyback program, amounting to up to $10 billion over the next 12-24 months.

ExxonMobil expects to achieve its 2025 plans to reduce emissions 4 years ahead of schedule.

This includes a 15-20% reduction in greenhouse gas intensity in upstream operations, 40-50% in methane intensity, and 35-45% in gas flaring intensity across the company compared to 2016.

The company plans to invest $15 billion in low-emissions solutions to reduce greenhouse gas emissions in Scopes 1 and 2, and support customers in decarbonization, with a focus on carbon capture and storage, hydrogen and biofuels.