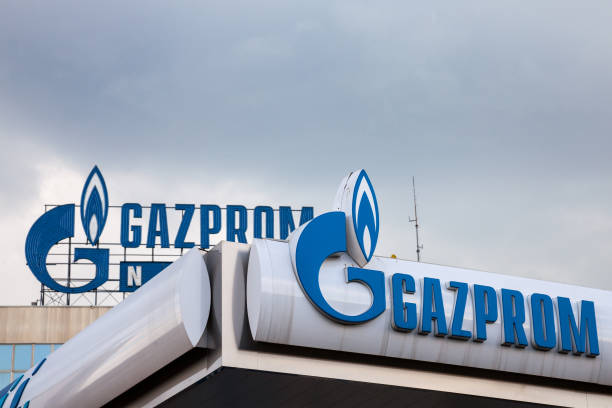 The Russian Gazprom share price fell by 40% on the Moscow Stock Exchange, at 01:30 GMT

The decline in Gazprom’s stock came after Russian President Vladimir Putin announced that he had ordered the start of a military operation inside Ukrainian territory, despite the international rejection of this step, and the announcement by many major countries of economic sanctions to deter Moscow.

Stock markets fell, and the Russian ruble hit a record low on Thursday, after the Russian president authorized what he called a special military operation, even though Western governments and Ukraine called it an all-out invasion.

US President Joe Biden said “severe sanctions” would be imposed on Russia after the attacks, and European leaders pledged to freeze assets and shut Russian banks out of their financial markets.

The Russian and Ukrainian markets witnessed a state of free fall, as the ruble fell nearly 7% against the dollar, and there was a record drop of 30% in the Moscow Stock Exchange when it opened after an initial suspension, while Ukraine was forced to suspend trading in its currency, as its bonds collapsed violently.

“No one expected this, and forecasting Putin’s next move will be a major focus in the coming days,” said Hans Petersen, global head of asset allocation at SEB Investment Management.

“But this is happening at a very strong stage of the business cycle,” he added, noting that now higher energy and commodity prices are also critical,” Reuters reported.

Despite the decline in Gazprom’s share, due to the escalation of political tensions, the Russian gas giant confirmed that its exports through Ukraine continued as usual, in line with consumer demands.

In the opinion of the Russian Energy Minister, there is no competition between LNG and pipeline gas.

He said that liquefied gas is more flexible in its transportation, and his country will continue to supply Asia with liquefied natural gas as the market continues to grow, while Europe’s supplies through pipelines will remain the same.

The Russian Energy Minister indicated that Europe obtained huge quantities of liquefied natural gas from the United States and other countries; He outnumbers Russian LNG, so he doesn’t see any competition.

Regarding Gazprom’s proposals to oblige investors in the Arctic to send 10% of gas production to the domestic market and conclude long-term contracts for the supply of liquefied gas outside traditional markets, the minister said that these proposals should be discussed, but at the same time he understands that liquefied gas goes to export markets With declining consumption in Russia.

With the development of the country’s LNG market, the minister said, “We are thinking of expanding the LNG market inside Russia, by developing LNG gas stations or small off-grid LNG stations when Gazprom is unable to build major pipelines.”