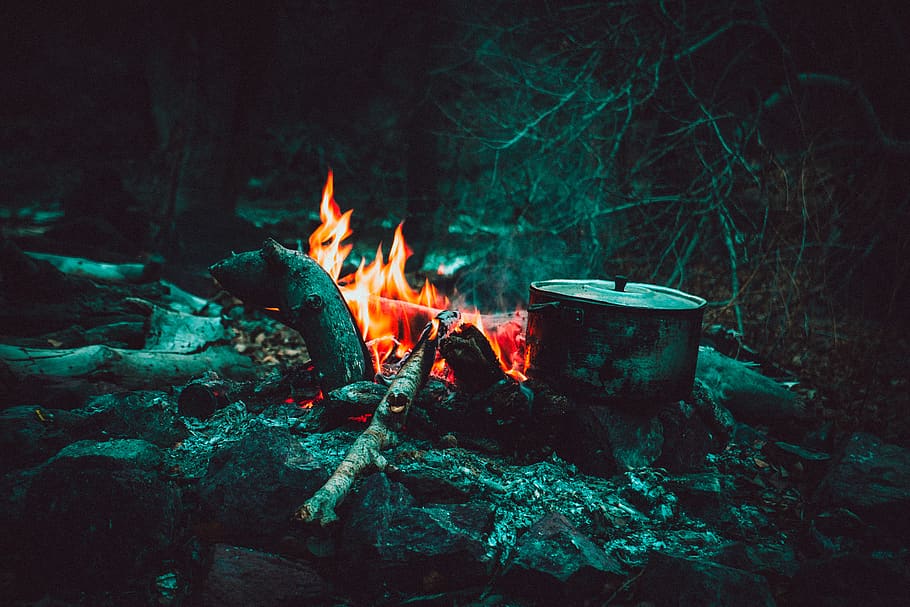 Deutsche Bank (Germany’s bank) warned that the aggravation of the gas crisis in Germany may prompt citizens to return to using wood for heating to face the severe cold during the coming winter.

According to analysts’ warnings, some homes will have to burn wood for heating instead of gas, as Russia continues to cut supplies, Business Insider reported.

In a note published on Tuesday, July 12 (2022), the bank forecast a 10% drop in gas consumption in Germany compared to 2021 levels, driven by household savings, industry and the service sector, and higher gas prices.

The global shortage of gas, which was exacerbated by the Russian war on Ukraine, forced many consumers to reduce fuel use to face the crisis, according to what was monitored by the specialized energy platform.

Concerns about the gas crisis are growing in Europe’s largest economy, as the Kremlin continues to use fossil fuels as a weapon against the West due to sanctions.

Deutsche Bank notes that there are some uncertainties, especially with regard to the outlook for supplies from other countries and demand.

Analysts at Deutsche Bank said they expect gas demand in Germany to continue to decline over the next few months by 10% from the level it was one year ago.

The bank noted that both savings and replacement contributed to the decline in gas consumption in Germany by more than 14% year-on-year during the first 5 months of this year (2022), and it is likely that the mild temperatures during winter and spring are responsible for this decline.

Analysts added that the replacement of other energy sources with gas, such as hard coal and brown coal (lignite) in the electricity sector, and wood as a source of heating in homes, and the shift to oil derivatives in industry, will contribute to a decrease in demand for gas, and economic developments will limit the demand for gas. in the manufacturing industries

The bank explained that some facilities in Germany may close as energy costs rise, which further complicates the situation, according to what was monitored by the Specialized Energy Platform.

There is also some evidence that confirms Deutsche Bank’s expectations regarding a return to the use of wood for heating, as some families in Texas resorted to burning wood and furniture for heating, amid power outages last winter.

At the same time, opinions differ about the advantages of using wood as a fuel source, as some believe that it will increase carbon dioxide emissions, and the logging crisis; What affects biodiversity and threatens climate goals in Germany.

Others argue that wood is a renewable source of energy, and expanding its use may prompt landowners to plant more trees, thereby increasing carbon storage.

On the other hand, Germany depends to a large extent on Russian gas; To fuel an export-led economy.

It imports about 70% of its energy resources from Russia; It is the single most important resource for fossil fuels, according to Deutsche Bank.

The latest Deutsche Bank report comes at a time when Europe is preparing for a winter that may be colder than usual, and with Russia’s invasion of Ukraine, questions have raised about the extent of the gas crisis and the stability of supplies in the future.

Moscow has also stopped supplies to many countries, such as Bulgaria and Poland, after refusing to pay in rubles, and the European Union is increasingly concerned about its inability to fill tanks without an alternative source.

In light of the current chaos and unfavorable expectations, Gazprom, the Russian state-owned oil giant, sent conflicting messages yesterday, Wednesday, July 13 (2022), about whether it will continue the flow of gas through the Nord Stream 1 pipeline in the near future, after it closed it. To carry out maintenance operations, which will continue until July 21 (2022).

And if supply cuts last longer, or flows cut back, plans to fill gas tanks before winter will be hit.

The Chief Financial Officer of the electric utility company “EON”, Mark Speicher, believes that the current energy crisis could turn into a massive economic crisis.

The crisis of supply shortages and power outages this winter may push countries, including Germany, into recession, according to the specialized energy platform.