The Royal Bank of Canada has released a report on the World Energy Outlook in 2022, which reports analysts’ forecasts for the world’s oil, gas, electricity and minerals.

The report, which was issued in mid-December, included an optimistic view of energy stocks in 2022, which will be strongly reflected in crude oil prices.

The Royal Bank of Canada (a Canadian multinational financial services company that provides banking services to investors) also addressed exploration and production projects in the oil and gas sectors, as well as energy transition and transformation initiatives, environmental, social and institutional governance, along with various analyses.

Exploration and production around the world

The report singled out an analysis entitled “International Exploration and Production”, in which it indicated that the rise in oil and gas prices in 2021 mitigated the effects caused by the trend towards decarbonization of investment portfolios in this sector, as expectations – which were low – increased by 23% since the beginning of the year. general.

The analysis indicated that “excessive” precaution, i.e. remedying the drop in commodity prices between one market and another, in addition to setting some specifications – depending on the country – was among the factors that mitigated the effects of the trend towards decarbonization.

The most prominent exploration and production forecasts for 2022

The World Energy Outlook 2022, recently released by the Royal Bank of Canada, indicated that attention will be focused on assessment methodologies in 2022.

The report expected that free cash flow will remain an important criterion in 2022, as the production of the first quantities of gas from the Karish field off the coast of Israel in the middle of this year will help boost the production of the Greek company Energean, as well as its revenues.

The end of 2022 will also be the main deadline for developers in Norway, who are looking to secure temporary tax incentives for new development projects; It is expected that the plans presented for the development of oil reservoirs will increase, especially the Norwegian Oil Company (Akrbee BP), which will be active in this field.

The report expected that the Kenyan government would approve the Tolo project in the Lokichar Basin, in 2022, as a prelude to an important deal, as there is a tendency to reduce the risk of loss in the project, to ensure approval for the development of oil fields in the basin.

Portfolio reorganization will enable other companies to develop plans to decarbonize their energy portfolios, while upstream exploration companies will seek to make the most of operational and tax integration, according to the 2022 World Energy Outlook.

Given the shift in the oil and gas exploration sector, from diversified facilities to bonds, the report expected the accumulation of liquidity in balance sheets.

The year 2022, according to the World Energy Outlook, will also see producers who have embarked on carbon and cost reductions seizing the opportunity to contribute to energy transformation investments through carbon dioxide capture and storage technology, renewable energy projects, electrification of oil fields, and possibly the generation of carbon “offsets” credits.

The World Energy Outlook report for the year 2022 maintained its constant estimates of production with 500 active oil rigs, compared to 454 currently active, which supports the report’s expectations that a greater number of rigs will operate.

He pointed out that the number of unfinished drilled wells in the United States decreased by 34% in 2021, expecting an increase in the activity of onshore fields in North America, after it declined as a result of the discipline of capital allocated to exploration and production.

Also, the report revealed that capital spending in the E&P analyst model will rise year-on-year by about 20% in 2022, but will be caught between cost inflation and increased activity.

He said that there are limited negative risks to the budgets, if commodity prices go against expectations, given the low-level reinvestment rates, which ranged between 40 and 50 percent only, as well as the limited current growth.

He explained that Canadian activity is accelerating thanks to strong cash flow from exploration and production.

He added that the commissioning of the L3R pipeline and the expansion of the Trans Mountain pipeline with a capacity of 590,000 barrels per day in late 2022 and early 2023, will pave the way for modest growth. 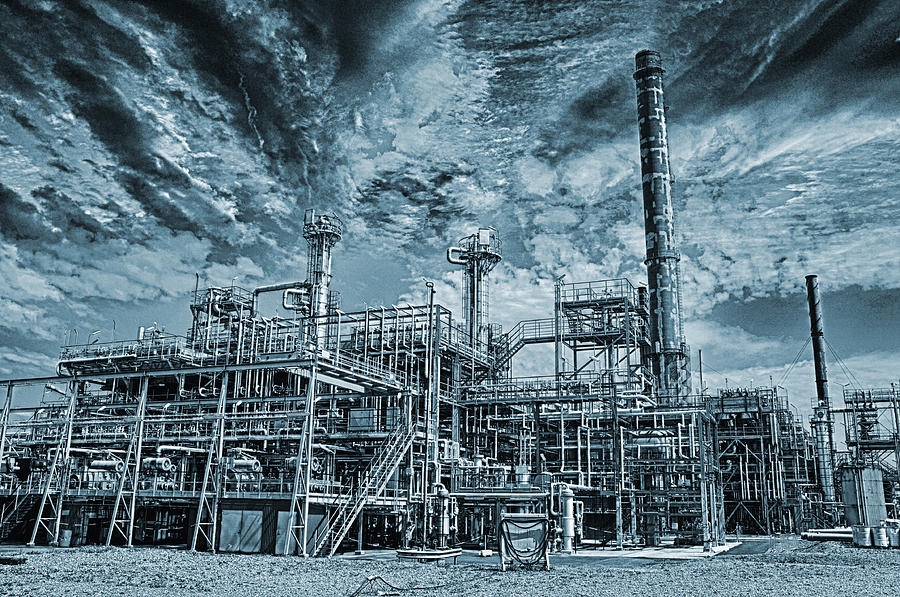 Excavator activity in America and the Middle East

The report expected the activity of international rigs to grow by 12% in 2022, as the number of land rigs is expected to increase by 13%, led by Latin America and the Middle East, with the continued increase in OPEC + production by about 400 thousand barrels per day on a monthly basis until September / September 2022, in addition to long-term growth in non-OPEC + producers.

Recent examples include the launch of the largest LNG project in Qatar (32 million metric tons per year for the eastern sector of the North Field), and the $110 billion Jafurah gas project in Saudi Arabia.

And the World Energy Outlook report added that the rise in capital spending on exploration and production will lead to an increase in oil field services revenues, and achieve a 20% increase in revenues in 2022, supported by the increase in the number of drilling rigs in North America and the rest of the world.

It also expects EBITDA margins to expand by 290 basis points in 2022, with onshore drilling services rising to the limit.

Referring to the risks, the report expected a decrease in demand for hydrocarbons, as a result of the return of the spread of the Corona virus and the recession that accompanies it, which leads to a decrease in spending on the industry, in addition to an increase in the scrutiny of capital spending on exploration and production operations.