Asia FX news roundup: The New Zealand dollar rises on the back of a strong employment report.

The New Zealand dollar rises on the back of a strong employment report.

The New Zealand dollar gained ground throughout the session, owing to a significant decline in the unemployment rate revealed in the most recent employment data (see bullets above). The Reserve Bank of New Zealand is expected to raise interest rates by 25 basis points in August, October, and November, according to all four of New Zealand’s largest banks. These would raise the cash rate to 1%.

for now,  the NZD/USD is trading over 0.7050, making it the best of the major currencies today.

Elsewhere in major FX, the swings have been minor, with the USD slightly lower overall. The USD/JPY is an exception; it is a few points higher than its low of around 108.95.

Regional equities have lagged behind Wall Street’s gains; China, Hong Kong, and Australia are all up, while Japan’s Nikkei225 is down.

Oil is little changed from late-trade levels in the United States, but gold is up a couple of dollars. Bitcoin is currently trading little around $38,000.

The New Zealand Dollar/Japanese Yen rose during the session: 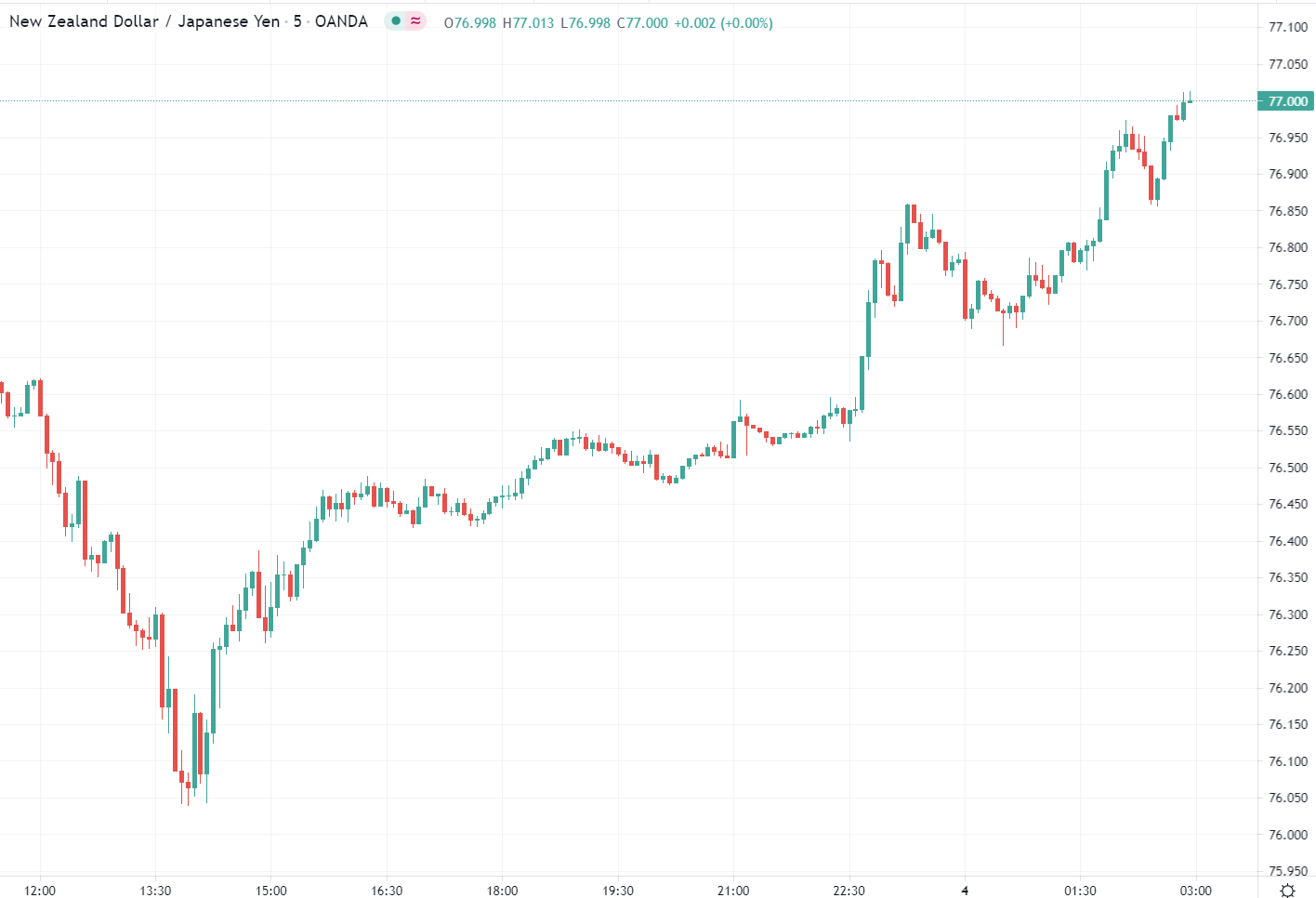