Savings accumulated amid outbreak and their effect on the global economy 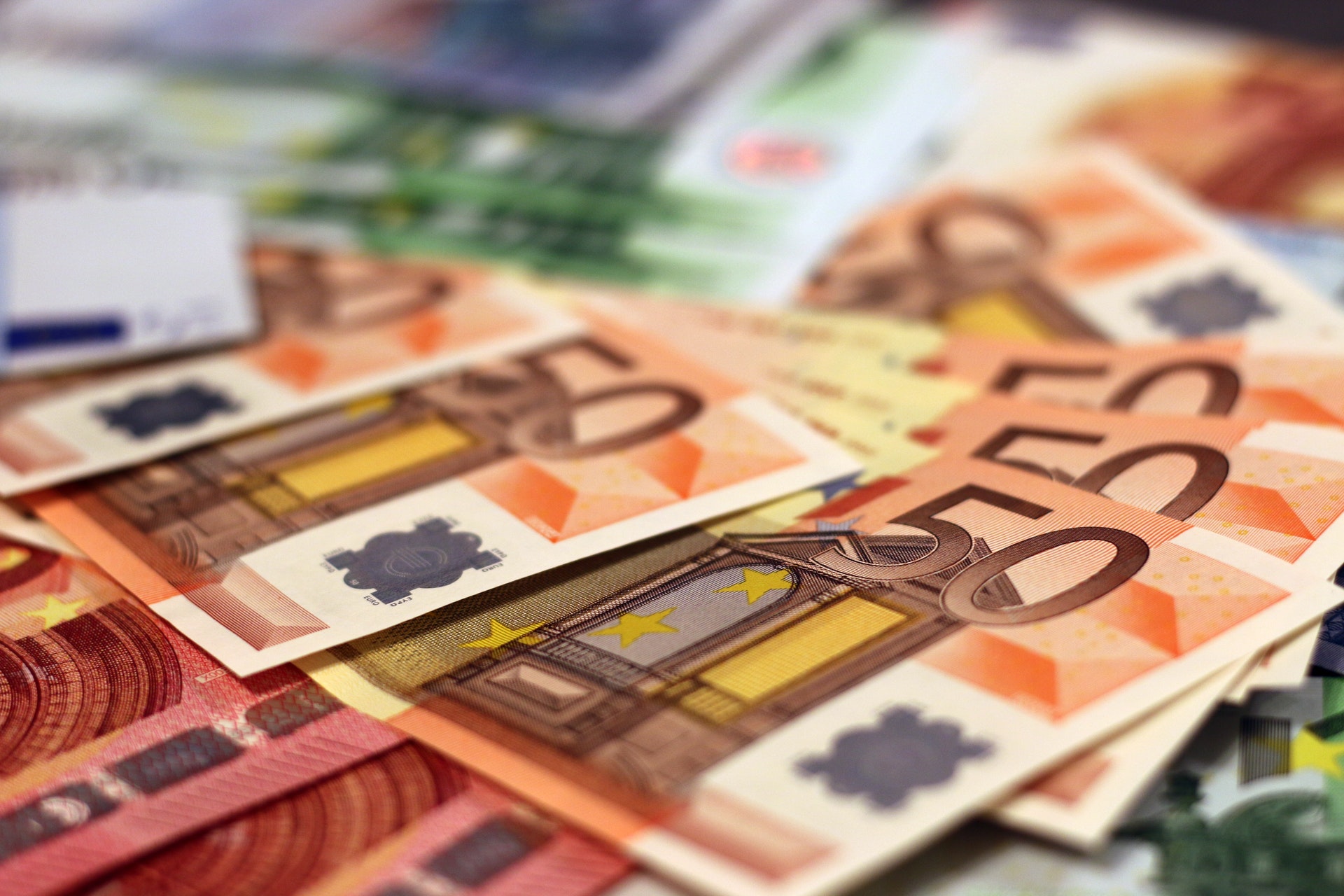 The coronavirus (COVID-19) pandemic has resulted in a massive stock of household savings throughout sophisticated nations, far above what has been seen previously. The funds collected since early 2020 have the ability to affect the post-pandemic recovery due to their scale.

The important concern is whether families will spend heavily once pandemic-related limitations are relaxed and consumer confidence returns, or whether other incentives (e.g., precautionary, deleveraging) will prevent them from doing so.

In this box, we look at a number of non-euro area economies and conclude that, on balance, any drop in the stock of surplus savings as a result of increased consumption is likely to be modest in the medium term.

The COVID-19 pandemic’s unique characteristics, as well as legislative measures, have resulted in significant savings.

In contrast to prior economic downturns, the containment measures implemented in reaction to COVID-19 resulted in a large reduction in consumer purchasing options, resulting in a significant drop in private consumption. This was largely mitigated by governments’ unusual policy actions, such as income or employment support, which offset the negative impact on personal disposable income (Chart A, panel a). These two causes, together with the high uncertainty about future income and the potential of irreversible scarring effects, prompted people to save at previously unheard-of levels in 2020, resulting in a substantial stock of excess reserves.

In 2020, household savings accumulated in excess of historical levels in five large advanced economies amounted to an average of 6.7 percent of GDP and 9.5 percent of disposable income (Chart A, panel b). The United States had the greatest stock of excess savings at the end of 2020 (USD 1.5 trillion, or 7.2 percent of US GDP), but other countries also had significant surplus savings. The cumulative difference between real savings and a counterfactual scenario in which the saving ratio stayed equal to the pre-pandemic average throughout the year is used to determine the stock of surplus savings acquired between early 2020 and the end of the year. Likewise, our central scenario assumes that the stock of surplus savings remains close to the level seen before to the start of 2021 until the end of 2023, while the saving ratio returns to the pre-pandemic average.

Several arguments support the central scenario that households will prefer to hold most of their accumulated excess savings rather than using them to purchase consumption goods. We review these arguments briefly below, before illustrating the macroeconomic implications of two alternative savings scenarios.

Financial assets and liabilities of households

Second, households may use part of their accumulated savings to repay debt or to invest in assets. With regard to financial accounts, the accumulation of large savings has been associated with a surge in household bank deposits during the lockdowns. Prior to the end of 2020 only a small proportion of these savings had been used to repay debt or purchase assets such as equities (Chart B, panel b). This liquidity preference could partly reflect high uncertainty among households, in addition to reduced availability of consumption opportunities amid persisting COVID-19-related restrictions. As uncertainty recedes, a larger proportion of savings could be channelled towards investments or debt repayment. In the United States, the Federal Reserve Bank of New York’s Survey of Consumer Expectations suggested that most of the funds received by households in the form of stimulus cheques would go towards savings (41%) and debt payments (34%), while only about 25% would be used for consumption.[4] In the United Kingdom, the 2020 H2 NMG Survey suggested that only 10% of households whose savings rose planned to spend them, while 70% favoured continuing to hold their savings in bank accounts.[5] The remainder planned to use their savings to pay off debts, invest or top up their retirement plans.

Third, Ricardian equivalence effects may weigh on households’ propensity to consume, all else being equal.[6] The considerable income support provided to households and other policy measures taken during the pandemic led to a strong dissaving in the public sector and an associated increase in public debt. In the future, Ricardian equivalence effects may arise, to the extent that households expect tax rises aimed at reducing the public debt accrued during the COVID-19 shock and are thus less inclined to consume their accumulated excess savings. In this regard, it is worth noting that both the US Government and the UK Government have announced personal income tax increases, which are expected to weigh on households’ propensity to consume.

Fourth, the scope for sizable pent-up demand appears limited. While the easing of mobility restrictions and the progressive reopening of contact-intensive sectors will relieve household demand for consumption of related services (e.g. travel, restaurants and cultural activities), the latter are less prone than consumption goods to massive bouts of pent-up demand.[7] In particular, while consumers might have an incentive to switch to more expensive services (e.g. holidays and restaurants), there is a limit on the extent to which they can catch up in terms of missed consumption. In addition, as the pandemic-related containment measures severely limited consumption opportunities in the services sector, part of household spending switched towards consumption of goods. Data on real personal consumption expenditures of US households show that spending on durable and non-durable goods bounced back quickly after falling considerably in April 2020; by the end of the second quarter of 2020, overall spending had returned to the levels observed at the end of 2019 and has subsequently continued to grow. Expenditures on services, while recovering at a slower pace, stood at around 5% below pre-pandemic levels by March 2021.

Nonetheless, uncertainty around the relative strength of the factors that could influence how much of the accumulated savings is spent remains high.

On the one hand, a gradual but lasting re-opening of economies, as the pandemic is brought under control, would lead households to de-accumulate savings at a faster pace than assumed in our central scenario, reflecting the fact that these savings were forced to a certain extent as the response to the pandemic curtailed consumption opportunities. Being held mostly in liquid assets, savings could be spent very easily. The resumption of contact-intensive activities such as shopping and dining will restore spending opportunities that were previously unavailable, in particular for high-income households that devote a larger share of their consumption basket to such activities. Moreover, as the recovery progresses and employment prospects improve, precautionary motives for saving, which played an important role in 2020, may also become less relevant as households regain confidence about their economic and health prospects (Chart C). On the other hand, setbacks in bringing the virus under control, prolonged restrictions, new lockdown measures and weaker labour market prospects could lead households to further accumulate savings, compared with the central scenario, and thus delay the recovery.

Breakdown of household savings by motive

To assess the macroeconomic implications of alternative savings scenarios for the United States, the United Kingdom and Japan, we consider two alternative scenarios[8] for the stock of excess savings. These are (i) a “cut-back” scenario, which assumes that the stock of excess savings accumulated by the second quarter of 2021 will decrease by 70% over the next two and a half years, and (ii) a “build-up” scenario, which assumes that the saving ratio will return to pre-pandemic levels only in the fourth quarter of 2023, implying that households will increase their current excess savings by a further 30%. As a result, average excess savings in these economies would decline to 2.7% of GDP in the cut-back scenario and increase to 12.6% of GDP in the build-up scenario by the end of 2023 (Chart D). We use the Oxford Global Economic Model to quantify the effects of the two scenarios on the global macroeconomic outlook.[9]

In the build-up scenario, households continue to accumulate savings, resulting in a more subdued pick-up in private consumption, a delayed recovery and limited disinflationary pressures. Continued high savings by households over a longer period would translate into lower aggregate demand and inflation. Domestic GDP would therefore recover more slowly than assumed in the central scenario and world GDP would stand at 0.2% below the central scenario level in 2021, 0.7% below in 2022 and around 0.5% below in 2023 (Chart E). The impact on global inflation would be limited. It is worth noting that despite the downside risks to global output, the build-up of household savings may yield longer-term gains in terms of stronger household balance sheets (e.g. lower leverage) to withstand future adverse shocks.

The analysis presented in this box illustrates the risks to global GDP in different household savings scenarios. The extent to which households across advanced economies will spend excess savings on consumption goods is crucial for the global outlook and is tied to several factors, not least the evolution of the pandemic (including progress in domestic vaccination campaigns), households’ employment prospects (especially for those with more modest income levels) and expected fiscal policy stances.