Canadian oil exports from the US Gulf Coast hit a record high in 2021, as global demand grows and markets need heavy crude.

Major producers, including the Organization of Petroleum Exporting Countries (OPEC) and allies including Russia, are struggling to increase production, along with traditional suppliers of heavy crude, such as Venezuela and Mexico.

By contrast, Canada’s production of oil sands has reached a record high of 3.5 million barrels per day.

Most of the production is exported for use in the United States, but an increasing number of barrels pass through the country to the US Gulf Coast, where they are then re-exported.

These barrels are going primarily to major importers – India, China and South Korea – in part to offset the loss of Venezuelan crude, which is under US sanctions and faces years of under-investment.

Canadian oil is arriving in the Gulf thanks to new pipelines and expansions that began operating last year, and is meeting rising global demand that has pushed oil prices to their highest levels in seven years.

Canadian oil producers have benefited from changes in pipeline infrastructure that facilitate shipping to the Gulf Coast, the United States’ largest export hub, where more than 3 million barrels are shipped daily.

The pipeline, whose owners include Plain All Americans Pipeline and Marathon Petroleum, reversed flows in 2021, sending more oil from Patuka, Illinois, to ports in St. James, Louisiana.

In October, Enbridge doubled the capacity of Oil Pipeline 3, which transports oil from Edmonton, Alberta, to the midwestern United States. 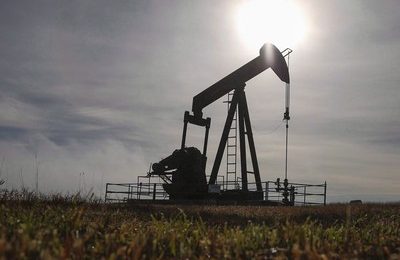 “With our exposure to more global markets supporting Western Canada, the industry as a whole is benefiting,” Murphy said.

He stressed that the companies that benefit from increased US Gulf exports are those that have dedicated capacity on pipelines carrying Canadian crude, including MEG Energy, Sinophos Energy, and to a lesser extent Suncor Energy.

Meg expects to sell about two-thirds of its estimated production for 2022 of 95,000 barrels per day in the Gulf Coast.