Bulgaria is looking to join forces with Greece, Serbia and North Macedonia to create a single gas market, in order to improve diversification of natural gas supplies, in light of the rise in European gas prices to record levels.

Southeast European countries have historically relied on imports of Russian natural gas, but can also receive gas from Azerbaijan, and regasified LNG via the Greek LNG terminal in Rivithosa.

A number of new gas infrastructure projects – some completed and others under construction – are set to improve connectivity between countries in the region, according to S&P Global Platts.

“We have great potential to create a single market for natural gas trade,” Bulgarian Prime Minister Kirill Petkov said during his visit to the Serbian capital Belgrade.

“Our relations with Serbia, North Macedonia and Greece can be unified under a common market for gas trade. We must unite our forces in the direction of maximum diversification, and this will give us better prices and greater independence,” he said.

He stressed – in comments posted on the Bulgarian government website – that connecting gas in the region would be a “top priority” for the government.

Gas Lines Between Bulgaria And Serbia

Bulgaria and Serbia connected the gas networks at the end of 2020, in order to allow Russian gas imported through the TurkStream pipeline, to reach Serbia via an expanded network, and flows began at the beginning of 2021.

Work began on the construction of a new interconnector to transport natural gas between Bulgaria and Serbia on February 1, 2022, with plans to start operating the pipeline in October 2023.

The 170-kilometre link between Bulgaria and Serbia is separate from the TurkStream line, and will run from the Bulgarian capital Sofia through Dimitrovgrad in Serbia to Nice, giving Serbia a non-Russian supply option for the first time.

The pipeline, which has a production capacity of 1.8 billion cubic meters annually in the direction of Bulgaria and Serbia with the possibility of reverse flow, will extend for 62 kilometers in Bulgaria and 108 kilometers in Serbia.

It will enable Serbia to import natural gas through Greece and Bulgaria from the Southern Gas Corridor, by bringing gas from Azerbaijan to southern Europe, and regasified LNG from existing and planned LNG terminals in Greece.

The Bulgaria-Serbia Interconnection Project – backed by the EU as a project of common interest – received a grant of €49.5 million ($56.6 million) from the EU Pre-Accession Assistance Instrument and a €25 million (US$28.59 million) European Investment Bank loan. 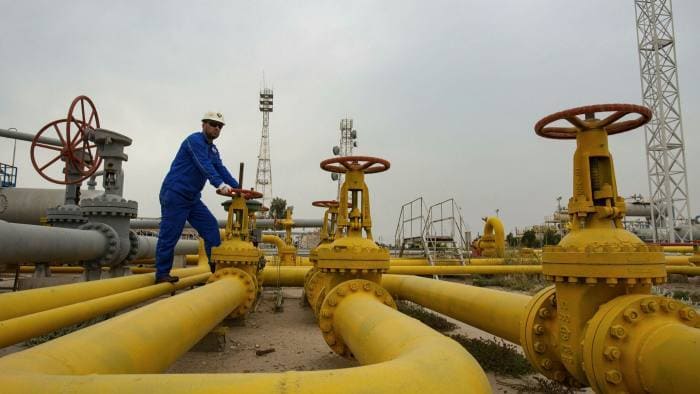 Gas Lines Between Bulgaria And Greece

Bulgaria is also working on building a new interconnection line with Greece, which will allow Azerbaijani gas to flow north to Bulgaria, and Greek LNG regasified to reach Bulgaria and then to Serbia.

The pipeline is expected to be commissioned in July 2022.

The project has a reserved capacity of 1.57 billion cubic meters annually, and its completion will bring 4 new shipping companies to the Bulgarian market.

Petkov said: “Our gas link with Greece is a great priority for Bulgaria, and its construction – through the link with Serbia – will allow direct access to liquefied natural gas, as well as gas from Azerbaijan.”

The new LNG terminal in Alexandroupolis, Greece, will provide the opportunity to increase the capacity of the Bulgaria-Greece link line to a maximum of 5 billion cubic meters per year.

There are also plans for a new interconnection between the gas networks of Greece and North Macedonia, as in September 2021 the gas network operators of the two countries signed a new gas cooperation agreement, a major step preceding the construction of the new link.

The initial capacity of the 123-kilometre pipeline will be 1.5 billion cubic meters per year, but this line can be doubled.

A final investment decision is expected in early 2022.

Meanwhile, Greece has one operating LNG import terminal in Rivithosa, which began operations in 2000, but the government is backing a second terminal in efforts to make the country a regional gas hub.

Greece’s GasTrade last month made the final investment decision for its planned floating LNG import terminal – with a capacity of 5.5 billion cubic meters per year – in Alexandroupolis in northern Greece, paving the way for the project to start by the end of 2023.