In a data-heavy week, world markets are expected to climb for the fourth month in a row. 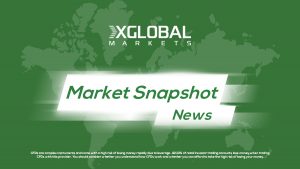 On Monday, world equities were on track to notch their fourth month of gains, but the greenback struggled widely ahead of a flood of European and American data this week that will provide a fuller view of the global economy’s path of recovery.

MSCI’s broadest index of world equities rose 0.1%, putting it on track for a 1.4% rise for the month. This is the index’s longest monthly winning streak since August 2020, when it had a five-month winning streak. However, due to holidays in the United States and the United Kingdom, trade in U.S. stock futures and European cash equities was light on Monday, with benchmark indexes sticking within well-worn levels.

May has been a good month for asset markets, but policymakers are increasingly confronted with the problem of rising inflation as the underlying structural economy continues to struggle. The biggest event of the week will be Friday’s US payrolls, which are predicted to increase by 650,000, but the outcome is questionable after April’s shockingly weak 266,000 gain.

Despite the fact that U.S. inflation data came in above expectations last week, another large miss on the jobs front would put pressure on the Fed to delay plans to reduce its support. The question is whether the Federal Reserve will be able to announce a tapering of its bond purchases beginning next year by September, and the prospects are good, but it might be postponed until December.

The Fed will meet again on June 16, and this week will be the last opportunity for members to discuss policy before a pre-meeting curfew begins on June 5. Until now, investors have taken the Fed’s word for it that the labor market needs to improve significantly before it considers tapering. With Fed funds futures pricing in a first rate hike in the first quarter of 2023, rates on US 10-year notes fell to 1.58%.

Ahead of manufacturing PMI data on Tuesday, Asian stocks crept higher, while European markets extended gains after last week’s record close. The European Central Bank is likely the anomaly among central banks debating inflation trends, with officials and investors on the same page when it comes to predicting a return to below-target inflation. This was also reflected in the bond markets, where benchmark German government yields stayed significantly below recent highs.

Pressure in the Yuan

The dollar has recovered some of its losses after hitting a three-year low versus the Chinese yuan as a result of the Fed’s dovish stance. The yuan was the largest mover in global currency markets after policymakers urged financial institutions to hold more foreign currencies in reserves, a move that analysts think was aimed at restraining yuan strength. The yuan currency fell 0.23% against the dollar in offshore markets, with experts at ING suggesting that Beijing’s newest measure will moderate but not stop the currency’s growth.

Concerns about global inflation and sluggish economy have helped gold prices rise 8% this month, putting it safely above $1,900.

Expectations of a rebound in global demand overshadowed fears about greater supply from Iran once sanctions are lifted, as oil prices held steady after climbing more than 5% last week to reach two-year closing highs.

In holiday-stricken trade, cryptocurrencies that had been unusually quiet showed some indications of instability, with bitcoin gaining 2.27% to $376,485 and its smaller rival Ethereum surging 5.61% to $2,520.